When we talk or write about children with disabilities, we should think carefully about the words we use, as we explained in a previous blog post (The power of words). These words should be grounded in a good understanding of what a disability means. Therefore, this post will theoretically address the understanding of disability and the crucial role of the environment, and then present a brief glossary of terminology consensually accepted in the literature and, perhaps, more congruent with human rights, without which inclusion would become an impossible mission. 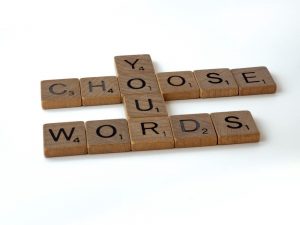 The transactional and ecological perspectives [e.g., 2, 3] inherent to the previous quotation presented themselves as explanatory and organizing models for understanding the child’s development and the interactions with the environment, since the 1960s. However, their applicability to disability only became significant in this century, particularly in what concerns to inclusive education. The shift in the way cognitive disabilities are understood, evaluated and intervened represent a good example: according to conceptual models assuming intelligence as an innate and unchangeable characteristic, impairment was synonymous with disability; in turn, for biopsychosocial models valuing the importance of the interaction between the characteristics both of the child and the environment, impairment doesn’t exclusively explain disability [4].

Consistently with this multidimensional approach, the American Association on Intellectual and Developmental Disabilities (AAIDD), in agreement with WHO, proposed the Support Paradigm, according to which the assessment and intervention with people with disabilities should be based on identifying the intensity of support needed for successful participation in daily activities (when compared to an individual with typical functioning). Accordingly, we can consider the level of functioning as an equation, in which functioning is the product of individual limitations (denominator) and the support received (numerator), which implies that the higher the denominator (i.e., the functional limitation) – the higher will have to be the numerator, that is, the level of support needed [4]. It is in this oscillation that the continuum of functioning/disability relies upon.

The evolution of conceptual models for understanding development/disability has brought about changes in the definition of several concepts related to disability [4]. The following definitions are currently accepted, according to biopsychosocial models [5,6]:

In the last decades, the discussion around impairment, disability and functioning became more present in the public debate, concomitantly with the urgency to dignify people with disabilities – considered by many as a minority – in the way they are referred to and treated [7,8]. Amongst other contributions, the biopsychosocial models contribute to the progressive adoption of a neutral and universal language to describe the reality related to disability and recognize the potential of manipulating the environment in terms of attitudes, physical and social conditions or policies. Both aspects are reinforced by the Convention for the Rights of People with Disabilities (2006), reflecting we’re living in a moment of conceptual, ethical and pragmatic congruence, in the light of which the inclusion movement consecrates itself as a new grammar for structuring reality, engendering a gestalt irreducible to the sum of the parts that sustain it [9].

Please, share with us your perspective concerning the importance of considering the underlying concepts in the words we use when talking or writing about children with disabilities.