This blog post was contributed by Olga Wysłowska (University of Warsaw).

Within the last decade educare services for children between zero to three years of age, became an increasingly popular topic of educational research across the world. Nonetheless, the role of this sector in different countries before the era of scientific exploration and cosmopolitan ECEC research journals is less known to the international audience.

On the example of provision for children 0-3 years old in Poland I would like to highlight some changes which took place within this educare sector and had a great impact on shaping today’s provision.

As in many other European countries, services for children aged zero to three in Poland used to be part of the health sector. More specific, settings were supervised by the Ministry of Health and were considered as medical facilities for healthy children. The main role of settings was to provide children with care and health prophylaxis [1]. The majority of professionals were graduates of vocational schools for caregivers and nurses (often with a university diploma). Since 2011 the educare services for the youngest children have become a responsibility of the Minister of Family, Work and Social Affairs [2]. At the time new roles of the services were defined namely: care, upbringing and education. Moreover, since then the professionals such as kindergarten and lower primary school teachers became entitled to become caregivers. Importantly, in Poland pre-service training of pedagogues rarely includes modules focusing on the youngest children’s developmental needs. Therefore one of a major challenges in the sector is to enhance access of caregivers to in-service training opportunities and to improve quality of the provision by doing so.

From ‘isolation’ rooms to play corners

Change of legislation concerned also a simplification of the organizational arrangements such as space requirements. For instance the current regulations do not require organization of:

‘Filter’ rooms
The ‘filter’ was a room linking playrooms, isolation rooms with the external hall of the setting, where in the morning every parent dressed up the child in a uniform (usually infants wore bodies and toddlers shorts, blouses and aprons). Next, the parent was welcomed by a caregiver or a nurse, who checked the child’s general health condition and handed the parent a thermometer in order to check the child’s temperature. If the child was in a good physical condition, professionals took him/her from the parent and carried to the playroom. The filter was the only room in the setting which parents were allowed to enter (apart from administration offices).

‘Isolation’ rooms
Even though children’s health condition was carefully monitored at the time when parents brought them in the morning, in case of a child’s sudden illness there were isolation rooms in every setting (depending on the size of the setting there was one or more such rooms). In each room there was a crib. The isolation rooms were usually just by the playrooms and had a big window allowing caregivers to monitor the child waiting for the parent to pick him/her up.

The regulations concerning filter and isolation rooms were facilitated with years and ultimately abolished. Nevertheless, in some public settings operating before the change of law, the specific distribution of space still shapes children’s day-to-day experiences. For example, in those settings the old isolation rooms are turned into thematic play rooms, which function as the typical play corners in other settings. 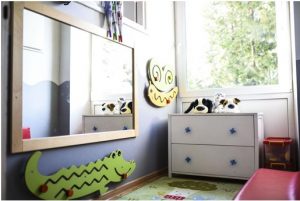 This is how the isolation room in Public Nursery No. 8 in Łódź looks like at the moment

Farewell to the white caps

The type of relations established among practitioners, children and parents is strongly related to the role of the provision defined in legal regulations. A caregiver with over thirty years of experience in the profession recalled her first impressions from 1980s from the setting as follows:

…I wore a white apron and a cap, an outfit so different from the one I’m wearing now: comfortable pants and a colorful shirt. My first thoughts are connected with September… when a very large group of new children appeared in the creche. The setting was closed to parents, who could not enter the group with their child. Already then the question arose in my head: what else should I know, what skills should I have in order to ease the separation of the child from the parents? So that the child does not feel abandoned…? I gained my knowledge at school and none of the colleagues working in the creche helped me to answer this question. The child was considered to be a person who has to be nurtured while the parents were at work…[3] 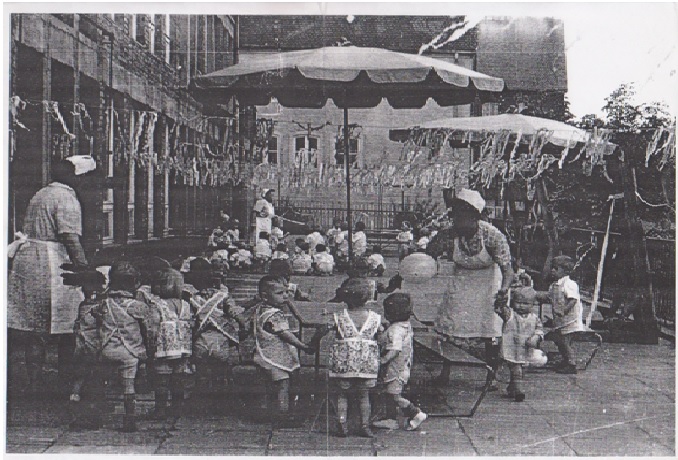 Even though up until 2011, the educational role was not defined in the legal regulations, in many settings caregivers used to conduct organized educational activities. One may say that their pedagogical approach has been transforming from highly directive into child-centered, which is currently dominant:

…Between the child care nutrition, I had organized some structured activities to children. They were aimed at achieving certain didactic goals. The child had to gain knowledge or practice particular skills. The organized activities were obligatory to all children from the group. My colleague from the group also participated in the activities, her job was to ensure safety and help children if they needed assistance, but often only to observe the activity which I conducted. In the activities which I organized, I included my own ideas. I expected the children to actively participate in the activities, I demonstrated and explained to them how to do things, praised children, showed them how to use the toys properly. I sometimes stopped them because there was no time to play or because I thought that play was not right…

… A milestone on my way was the meeting of Prof. Lucyna Telka, the author of the the “Improving the Competence of Caregivers in Supporting Development of a Young Child in a Crèche”…

… I understood that what is important is how we deal with difficulties and failures.
I no longer treat small slips as failures. Mistakes became source of reflection, allowing me to modify my own actions… [3]

There is a common agreement among professionals, policy makers and academics that improvements of ECEC provision ought to be based on research-based premises. However, implementing changes requires great sensitivity to the national cultural, social, historical and economic circumstances, otherwise we may lose the country’s unique strengths. In other words, within Europe we may strive in a similar direction regarding goals of ECEC services, yet we should remember that different paths may lead us to get there.

[2] Act of 4 February 2011 on the care for children under the age of three [3] Kiela D. (2009). Zmiana koncepcji pracy placówki z perspektywy opiekunk [] Retrived from: http://docplayer.pl/24045415-Zmiana-koncepcji-pracy-placowki-z-perspektywy-opiekunki.html
Please follow and like us:
The changing identity of Early Childhood Education
Tagged on: childcare    Infants    policy    Toddlers    transformation

One thought on “The changing identity of Early Childhood Education”