Watching TV (and even playing when the TV is turned on in the background!) before the age of 18 months can have a negative impact on a child’s speech development, reading skills (in the future) or short-term memory. It is also related to sleep and attention problems.

The Canadian Paediatric Society recommends that young children should not have a television, computer or video games in their bedroom. 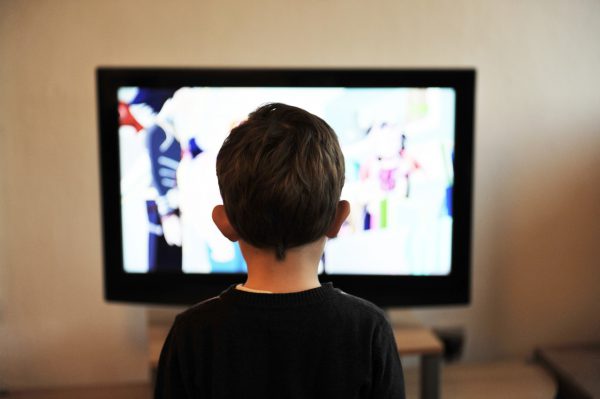 In the Covid era, with many children unable to attend ECEC centres and their parents being forced to split their time between remote work and looking after them, children have been watching more TV than usual. Happily, the pandemic in Europe seems to be getting under control and in many countries centres are being reopened. This is a good time to remind ourselves why watching TV is not good for children. Especially the youngest ones.

Born in front of the TV

Research (cited by The Guardian) shows that 92.2% of one-year-olds were already using phones or watching TV, and some of them “started” as early as 4 months old!

The American Academy of Pediatrics finds that media (not just watching TV, but also playing around with the TV on) can have a negative effect on children younger than 2 years old. Researchers are not aware of any positive effects of watching media content (cartoons, programmes or films) on children of this age.

The brain of a newborn human needs to “mature” for about 18 months to distinguish that the symbolic images on the television screen represent reality and are not the reality. In other words: if a child sees an explosion in a film, s/he may get the impression that something in the room has exploded. S/he can feel fear, horror. (Let me make a personal confession: my brain is still not mature enough to watch horror films, even though I am aware that these images are fiction.) 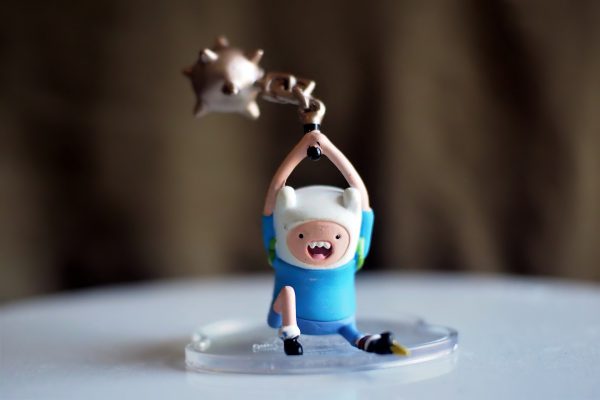 Playing with a bowl better than watching ‘Peppa Pig’

If infants are frequently exposed to television content (world news, advertisements) their brains are “cluttered” with various stimuli. The reception of content from films or cartoons is passive, whereas children are naturally “programmed” to develop most of all through interaction with others (facial expressions, tone of voice, looking into the eyes, imitating).

Interaction also occurs when the child e.g. taps a bowl when sitting on the floor. The bowl makes a sound, has a texture, a shape. The child learns about the world in a multisensory way and through interaction with others and/or objects. There is no interaction while simply watching TV or films; only one channel is switched on in the brain: RECEPTION. And it is the reception of everything that this “media bomb” brings… Sometimes it’s ‘Peppa Pig’ and sometimes it’s world news, depending on which channel is on.

Professor Jagoda Cieszyńska (psychologist and speech therapist) from Krakow, Poland stresses that a child who spends long hours in front of a TV screen learns to ignore speech sounds, considers them unimportant and does not give them meaning. Conversation, verbal interaction with another person activates the child’s brain, whereas an abundance of images makes the child passive and teaches selectivity of auditory perception.

And again there is the “place” of the television in the life of the family: simply turning on the television to “play in the background”, even when nobody’s watching, is enough to have a negative effect on the child’s speech development. Normally a parent speaks about 940 words per hour to a child. If the TV is on, the number of words spoken to the child drops to 770. Fewer words means less interaction and less opportunity to develop speaking skills!

Watching cartoons with children in the nursery is absolutely unnecessary and even unacceptable! Educators are also entitled to point out to parents that they should refrain from turning on cartoons on their phones while they are in the nursery, e.g. when dressing and undressing their children. 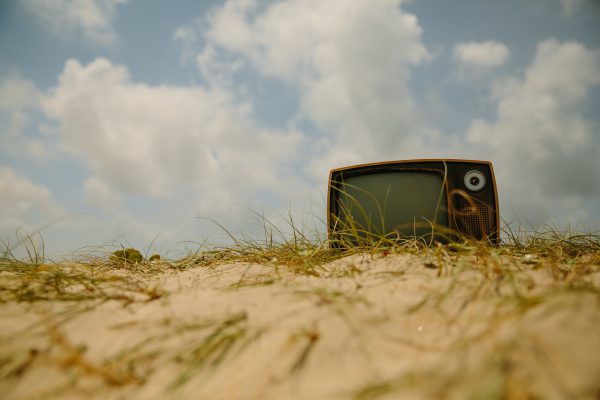 No more TV before bedtime! – the effect of cartoons on the quality of sleep and concentration

Constantly changing programmes and advertisements do not teach a child to focus on one thing for a longer period of time. This can cause concentration problems in the future.

Exposure to electronic media in the evening is bad for children’s sleep. A study of 600 children aged 3 to 5 found that children who watched TV (educational cartoons!) after 7 pm had difficulty falling asleep, were more likely to have nightmares and were more likely to wake up during the night.

In contrast, watching such programmes in the morning or afternoon was not associated with similar effects. The Zero to Three guidelines even suggest that children should stop watching educational programmes and cartoons at least 2 hours before bedtime. It is important that the adult interacts with the child while watching – explains, answers questions, describes the content additionally (no more passive reception!).

One tip that educators can give parents asking for advice on what to do when their child is not sleeping well and is fidgety and agitated in the evenings is: no more cartoons right before bedtime!

And finally… What can ECEC professionals do about it?

First of all, they should have a common strategy within the whole team for talking to parents about this topic. Not only should they know that watching TV harms children, but they should also be able to give research-based arguments (what it has a negative impact on and why) so that they are credible to parents. Maybe start by hanging a notice by the front door that the centre is a screen-free place!

I once noticed this poster in a doctor’s waiting room in Belgium:

NO COMPUTER GAMES BEFORE 6

NO SOCIAL NETWORKS BEFORE 12

Because of its simple form, it stuck in my mind for a long time…

To learn more about the impact of using media on children’s development, see the post by Marta Kotarba  Instead of a soother? – on new technologies in the lives of toddlers

This blog post was contributed by Gracjana Woźniak (Fundacja J. A. Komeńskiego)

Hill D.L., 2016. Why to Avoid TV for Infants & Toddlers, American Academy of Pediatrics.

Wartella E., 2016. The Influence of Media on Young Children’s Development, Zero to Three.