Who is the authority figure for a child? Usually – mum, dad, grandparents, older siblings, a favourite teacher. But are only individual authorities important? Recent research suggests that even at such a young age as three, children are more likely to agree with what others do or say. And this is not only about a desire to conform to authority or to a person’s preferences. They want to fit in with the group and be a part of a larger community [1].

If that is the rule, that is exactly what I will do! 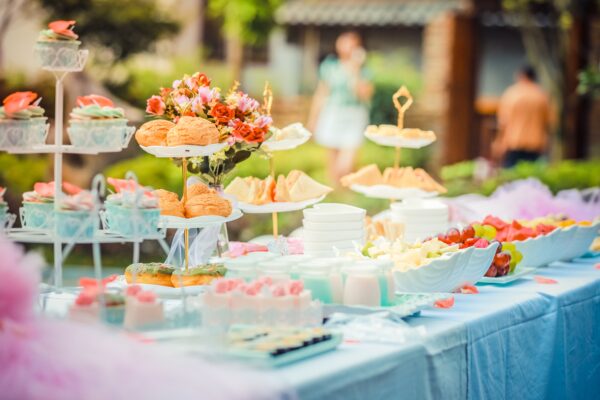 More than a hundred children aged three and a half were invited to take part in a study [1]. Each child, together with their parent, was asked to help prepare a room for a small party. The children first indicated which items they wanted to use (the researchers prepared several options of party gadgets). Then they were informed that a party was also being prepared in the next room, for which other items were chosen. Just over ¼ of the children, after learning about the choices of the people preparing the party in the other room, changed their first choice and chose the same thing as someone else.

Children were more likely to change their initial party gadget choices when the choices of others were presented as rules and norms: “you should choose a green cup” or “the rule is to choose a green cup for parties” than when it was presented as a preference: “we always use green cups”. It did not matter whether the other party was prepared by another child or an adult [1]. These results indicate that even such young children try to adapt their behaviour and choices to the rules of the group. It suggests that they want to become part of the community by learning about and following specific norms.

This is not allowed

Children are not only able and keen to act according to spoken rules, but they are also able to sense what can and cannot be done without verbal guidelines. Such social behaviour is depicted in an experiment made available in 2014 by the University of Washington. In the video: Toddlers regulate their behaviour to avoid making adults angry, we can observe a boy sitting on his mother’s lap and playing with the objects given to him by the experimenter.

He looks happy and clearly interested in the toys. After a while, an observer joins the room and shows everybody that she does not approve of the kind of playful behaviour presented by the experimenter. The boy changes his approach to the situation. Seeing the observer’s disapproval, the boy feels uncomfortable and from now on does not want to play with the new objects provided by the experimenter.

I will do it the right way

Twenty fourteen- through eighteen-month-old infants watched an adult perform various actions on several objects. During some of the actions, the adult made it clear that the result achieved was what was expected (“There!”), during other actions the researcher behaved as if he made a mistake (“Woops!”). After each demonstration, the children were given the same objects to manipulate on their own. It turned out that toddlers were twice as likely to imitate the adult’s intentional actions than to imitate accidental ones. This means that before the age of eighteen months children can understand the intentions of others. According to the researchers, this represents a step in the development of social cognition and cultural skills [2].

I am part of the group, so I will help you

Another study involved nearly 50 eighteen-month-old children. Each child was in a room with a parent (who was reading a newspaper). The researcher was observing the child’s behaviour and either imitating exactly what the child was doing (playing, showing something, coming to the door, etc.) or not. After this phase of the study, either the experimenter or another adult needed help. Toddlers who had been imitated by the experimenter in the earlier phase were significantly more likely to help the adult than those who had not been imitated. These results showed that imitation has positive social consequences: it promotes a prosocial orientation towards other people [3].

Help me learn the rules

A social bond is more likely and stronger if we behave like other people in our group. The specific modelling of behaviour (learning the behaviour of the person/people concerned) and the formation of attitudes from the moment the child is in the nursery are important and can help the child to cope in the future – to find friends more easily in the nursery, to help others or to follow rules that have been learned and that are valuable. How to do this?

– Set the right example with your behaviour, e.g. do the same actions you organise for children (dance with them, play games, draw your own picture), do not forget to use magic words: please, thank you, excuse me;

– Follow children’s behaviour and actions yourself, e.g. if a child starts looking at the pictures in a book, sit down next to the kid and start looking through another book;

– Introduce some key principles in the group so that children remember them and are convinced of them, e.g. “We help each other”, “We smile a lot”.

This blog post was contributed by Kamila Wichrowska (University of Warsaw)