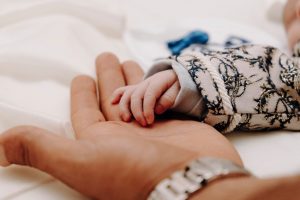 “One day I arrived at the daycare center and the teacher told me, to let my wife know that Miguel’s diapers were almost finished. It was not the first time this happened, and that week the mother (my wife) was abroad for work (as it had been shared at the daycare). That day, with a smile, I just said: of course, the mother will send the diapers on the next flight. They should be better and arrive faster, than if I buy them at the supermarket” (a real parent).

Although the vast majority of studies addressing the theme of parenthood focus on the maternal figure, parenthood is not synonymous only with motherhood, nor is it limited to the child’s biological parents. The role of the mother is traditionally associated with the idea of the primary caregiver, particularly during the first years of life. This is commonly based on the wrong assumption that there is a maternal instinct, and that women naturally know how to care better for their children, than men [e.g., 1]. Not only is that not validated, but it penalizes both women and men, overlooking that both construct and learn to be parents, and to do what parents do. No one is born knowing how to buy or change a diaper! Affects and knowledge about the other are constructed, over time, within the context of invested and continuous relationships between parent and child [2], that occur in diverse typologies (and organizations) of families [e.g., 3]. Both the father and the mother play numerous roles in the family system and in the child’s life. The way in which the father constructs his role, over time, will be the product of his development history, individual characteristics, family variables, and the socio-economic and cultural context in which he lives [4].

The impact of the father on the child’s development

Existing research on parental figures and their impact on child development is clearly disproportionate in terms of the number of studies that include the father, or both parents. The existing results show that fathers can be sensitive and available caregivers to their children, and that they engage and interact with them in a similar, different, and complementary way to mothers, varying their behaviors in terms of frequency, intensity, and quality [4]. Moreover, the quality of father/child interactions and what fathers do have an important impact over the years, for example, on the quality of attachment, emotional self-regulation, in lower levels of aggressiveness and anxiety, or on children’s social competence. On the other hand, father’s negative behaviors predict aggressive and externalizing behaviors in children, independently of mothers [e.g., 3; 1].

“Dad’s do not get involved”

In addition to the idea of the mother as a primary caregiver, an argument often used for the non-inclusion of fathers in studies, intervention programs, or in the day-to-day life of children (e.g., in health or school routines), is that it is very difficult, if not impossible, for fathers to get involved. However, it would be important to start by asking them directly whether or not they want to participate. One of the few studies that sought to understand why fathers were not included in the pediatric investigation (for example), concluded that 80% of fathers did not participate, because they were not asked to [5].

Some points for reflection

To promote father’s higher inclusion and involvement, it will be important to: