This blog post was contributed by Nadine Correia (ISCTE-IUL). 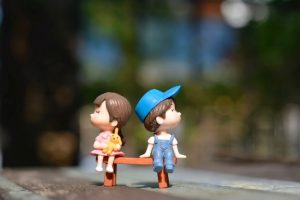 Children classify, from an early age, the world surrounding them, in order to better understand it and to assign it meaning. The concept of gender is one of the first categories that children learn. ECE teachers, family members, peers, and other agents of socialization play a key role in conveying knowledge, but also values, prejudices, and stereotypes about gender issues.

Gender is a central aspect in the construction of children’s identity. From an early age, children internalize the concept of gender and categorize objects and persons based on it. By the age of two, for instance, children are able to select gender-differentiated toys [1].

In a recent initiative of Education and Employers Association, 66 children between 5 and 7 years old were invited to draw distinct professions: a firefighter, a surgeon, and a pilot. From the participating children, 61 drew men, and 5 drew women.

This initiative raises awareness to the existence of gender stereotypes at an early age. Gender stereotypes relate to organized and shared sets of beliefs regarding characteristics that identify people of different sexes. They can relate to professional occupations, as illustrated in the video, but also to physical characteristics, personality traits, behaviours, or expected roles [2].

In ECE settings, ideas about gender differences are often formed and disseminated unintentionally. Preschool-aged children often engage in behaviours that conform to cultural expectations about what it is appropriate to do as a member of a particular group, manifesting stereotypes about men and women, or boys and girls. How many times have we heard or suggested that girls play princesses or with kitchen utensils, and boys play with tools, or with Lego blocks? How often have we suggested that girls practice ballet, and boys practice football or karate? Have we ever heard or made affirmations based on the assumption that boys are more agile and independent, and girls are more fragile and docile?

In Portugal, The Gender and Citizenship Guidance for Preschool [3] considers gender issues as a fundamental component of citizenship, highlighting the importance and specificity of ECE teachers’ work, and presenting practical proposals for action. Recently, also the Council of Europe [4] reviewed and expanded a compilation of good practices for the promotion of an education free of gender stereotypes.

It thus becomes fundamental that:

• Children have access to information that allows them to understand the diversity of opportunities, roles, and occupations, and to broaden their interests and aspirations. Inviting parents, or volunteers from the local community, to visit the ECE classroom and talk about their profession, or career path, can be good to raise awareness regarding diversity. This awareness is particularly relevant for children from disadvantaged backgrounds, who seem to have less access to diversity associated with gender roles [8].

• Children can access and freely choose activities, materials, and playmates, based on their curiosity and preference, instead of receiving suggestions based on gender. How do we organize different spaces inside the classroom, and what type of materials do we offer children? Pedagogical materials and spaces can convey stereotyped notions; therefore, they should be carefully analysed [3].

• ECE teachers are aware of and observe interactions among children, recognizing themselves as subjects and vehicles of prejudices and stereotypes. In fact, prejudices and stereotypes influence teachers’ work, goals and criteria, expectations and judgments, verbal and non-verbal communication or behaviour [3]. What opportunities do we provide, and what behaviours do we attribute to boys and girls? Do we usually call children by their names, or as a group of girls or boys, when organising a certain activity?

As policymakers, professionals, or caregivers in the field of ECE, it is essential to reflect on how we understand and educate for gender issues. How we value or devalue, albeit unconsciously, these issues? How we work with children, being sensitive to their characteristics and cultural background? We are waiting for your thoughts, experiences and practices. Please share them with us!