Once again Jip has hurt a child in the circle. For the third time in one week. While the teacher is reading aloud, Jip starts yelling, making it nearly impossible for the other children to follow the story. When teacher Jill tells the boy to stop shouting, he looks at her defiantly. “No, I won’t stop”, three-and-a-half-year-old Jip says in a self-assured way and he simply continues. In a mere couple of weeks, the toddler has turned into a badly-behaved child.

That “brat” was my son six years ago. Jip was a child with problem behaviour, a toddler who nobody seemed to have any hold over, least of all me, his own mum. Six years ago, after my third son was born, I was diagnosed with postpartum psychosis. This is a mental disorder that affects 1 in 1,000 women. The illness was so severe that I had to be admitted to hospital.

That is how Jip and his two brothers became “COPMI”. COPMI stands for “children of parents with mental illness”. Research has shown that the psychiatric disorder of a parent can have an impact on the mental health of his/her children. Children of parents with mental illness allegedly run a greater risk of developing emotional and behavioural problems in the short term (Adriaenssens, 1997) as well as long-term psychiatric problems (Beardslee, 1997). 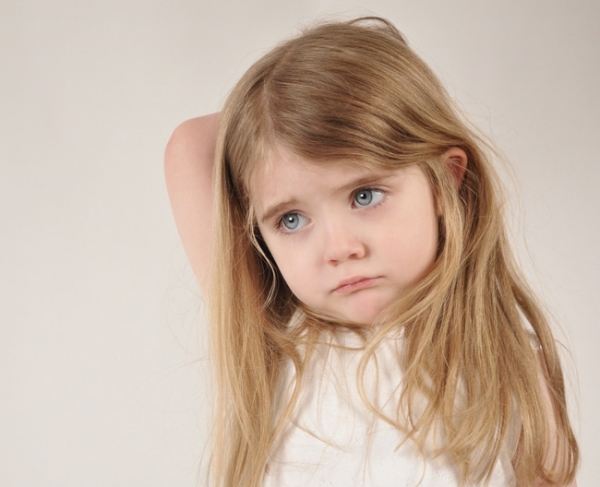 In Belgium one in four people gets to deal with mental issues. Though there are no exact data to support this, it seems reasonable to assume that a lot of children are indirectly involved. Since these children, as research has pointed out, are at a greater risk to develop psychological problems, one might expect that more (preventive) attention is paid to them in both an educational context and by social workers. Unfortunately, reality shows that this is not the case.

If there is any support at all, it is aimed at children between the ages of 7 and 18. These children can ask questions on particular websites and participate in a support group or workshop. The offer of assistance for very young children is almost non-existent. Moreover, their insufficiently developed language and motor skills make it far more difficult for toddlers to express themselves. This age group is shielded from the topic of a parent’s mental illness as a protective measure. This ignoring for the sake of the child, however, has an impact which is seriously underestimated.

That, in any case, is what we (Jip’s parents) experienced. We received no guidance or support. Not even when the children, then aged three-and-a-half, two years and four months, expressed their frustration and incomprehension in a non-verbal way by behaving badly.

In teaching situations, too, the problem of COPMI is often neglected. That is basically because of the taboo which is inherently associated with psychological and psychiatric problems. Out of shame most parents keep these problems secret (Catthoor, 2017) from the school. There is only the child’s behaviour, which can easily be misinterpreted without proper knowledge of the context.

The stigma of mental disorder makes it in turn difficult for the teacher to broach the subject with the parents. Silence endures and the child keeps on trying to express the inexpressible. That is what happened with our children. They were unmanageable, not only at school and the day care center (which we only found out about later), but also at home.

Psycho-education or telling the children about their parent’s mental illness makes children better understand what is wrong with their mum or dad (Schouten, 2010). From that point of view I started six years ago both as a parent and a teacher trainer to look for books that would not only provide my sons with an explanation for my illness but that would at the same time make them aware that their situation is not unique, that other kids may have a sick parent, too. I was looking, in other words, for picture books – as a language teacher I strongly believe in their power – that would make my children feel more supported and less excluded (Nieuwmeijer, 2008). Not only did I find that such books intended for toddlers were very few, I also found their quality questionable. Picture books such as “Mama is ziek” (“Mum is sick”) and “Papa is nooit moe” (“Dad is never tired”), only made me feel more guilty than I already was. Besides, these books often ignored the loyalty of children and the strong bond that remains between the sick parent and the child. You need in other words to critically browse the very limited supply of books for this target group.

Advice in a complex situation

The complexity of the problem makes it nearly impossible to come up with a clear and a complete list of what to do. The tips I formulate as a teacher trainer are at the same time those of an involved parent. It is from the latter perspective that I have added some comment.

It is easier to understand the problematic behaviour of a child and to adequately cope with it when the teacher is well informed about COPMI in general and the specific situation of the child in question. In this way the child’s behaviour is not approached from a diagnostic perspective but seen as a “normal” reaction on a (hopefully) temporary “abnormal” situation.

As a teacher you can make an important contribution to making the toddler feel safe and secure when the situation at home is temporarily unstable. To that end you need to create a calm and quiet class climate in which you keep treating an ill-behaving child with kindness.

If the child shows persistent bad behaviour, the parents need to be told without making them feel guilty. You can do that by emphasizing that their child does not understand what is going on rather than point out that the parent or his/her mental problem is to blame. You can suggest and even look together for books that help the child understand and from which the parents can read aloud.

COPMI as a label

Though I cannot emphasize enough the necessity to adequately meet the needs of a “COPMI child” I also want to warn of the possible side effect of this attention. One out of three children of parents with a mental illness might develop a psychiatric illness later in life, which means that two out of three will have no such problems. Involving the parents unnecessarily may only increase their guilt. Six years ago, when I read the research results I panicked. The thought that my children might develop a psychosis because of me was unbearable. Bottom line: research needs to be interpreted from a critical perspective. One should never lose sight of the story behind the statistics. Every situation is different, as is every child.

That, above all else, is what I have learned from my experience and which I keep reminding my students of. Toddlers, apart from the COPMI problem, often behave in a particularly unusual fashion as a reaction to a particularly unusual context. It is their way of expressing incomprehension, of “saying” what they cannot say.

And how is Jip doing? Jip is now a happy little fellow of nine who boasts about his mother’s books on the playground and proudly proclaims that his mum once had a “spychosis”.

Please follow and like us:
A horrid brat in class? The story of a 3-year-old child of parents with a mental illness
Tagged on: behaviour    Children from disturbed families    COPMI    Diagnosis    Socio-emotional development